Potion Permit is a great combination of Stardew Valley and old-school JRPGs, with a sprinkling of clever puzzles and minigames sprinkled on top to keep the experience feeling new. Potion Permit is a role-playing game in which players assume the character of chemists working in the fictional community of Moonbury. People living in this city are more likely to seek treatment through more conventional means. 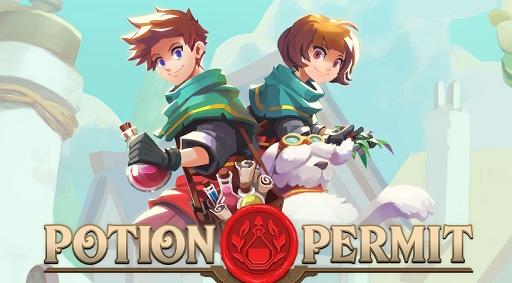 The players will have complete control over the diagnosis and treatment of the numerous illnesses that afflict the citizens of Moonbury. During the course of the action, players will be joined by a pet dog that may be named, petted, and fed. In addition, the dog will assist players in locating hidden things and residents. The lighting in the game adjusts based on the time of day, and there is also a dynamic weather system that you can experience. The game can be finished whenever the player chooses, and there is no set amount of time to complete each objective.

The population of the tiny town is only approximately thirty people total. They are prone to getting unwell and will frequently approach players for medical assistance. Players will have the ability to diagnose ailments and concoct a wide variety of remedies, such as potions, ointments, and medications, by adventuring beyond the city in search of raw materials. It goes without saying that none of this is simple to put into practice. In point of fact, it won’t be easy for gamers to track down the components of potions. In addition to gathering natural minerals, players will engage in real-time battles as they progress through the game.

During these skirmishes, players have the ability to fortify themselves with a variety of potions, each of which can either benefit the player or deal damage to the foes they are facing. When the player cares for a large number of patients, there is a greater chance that they will develop a unique connection with one of the patients they are helping. The enjoyable aspects of this game do not end there. In addition, players have the ability to improve the city by constructing new buildings. Even the interior of the player’s home can be customized with a wide selection of unique furnishings to suit their tastes.

Take note of the Potion Permit game’s release date right away if you’re planning on giving it a try sometime in the near future. On September 22, the game will be available for purchase on a variety of platforms, including those operated by Steam, GOG, Epic Games Store, Nintendo Switch, PlayStation 4, PlayStation 5, and Xbox.