The iOS and Android versions of Overmortal’s Open-Beta will launch on September 21, 2022. For those who pre-registered, Overmortal has also planned and will draw rewards in the form of an iPhone 13 in addition to the Open-Beta. On that same day, a winner will be selected on the Overmortal Official Facebook page. You are invited to enter the Eastern Fantasy Wuxia universe in the idle RPG Overmortal Gameplay by LTGames Global. There have been more than 950K++ pre-registrations, almost 1 M pre-registrations. Additionally, there are a ton of intriguing Items in the game that can hasten your progress toward immortality! 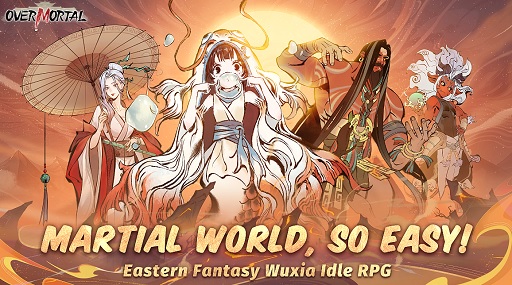 You must learn how to meditate like novice Taoists in the world of the Overmortals. You must pass a test to advance to the next level each time you reach a higher level through extensive practice. When you successfully complete all these tests, you will traverse the most recent levels while walking through a rainstorm and gaining even more power.

Daoists have the ability to create drugs, gather resources for formidable weapons, and travel to other realms or worlds to battle creatures. Additionally, you can purchase and sell items at the Market, grow plants in the garden, and choose how to raise pet eggs. When you initially log in, don’t forget to hatch your first pet egg.

Achieve Immortality with Your Friends by Joining a Cult!

On the path to immortality, you are not traveling alone. You can decide whether to unlock the Companion system and travel to immortality with friends or join a cult to compete with other members.The doors to another realm, where there are several Daoists from various Servers to compete with, will eventually open.